Fiat 600 with a BMW Motorcycle Engine 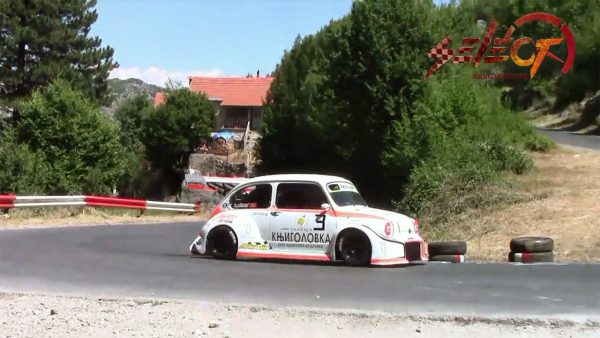 Tihomir Acimic and his son Jovan Acimic compete in hill climb with their custom race car. Some sources say it’s a Fiat 600 and others say it’s a Zastava 750. The Zastava 750 is a licensed Fiat 600 built by Zavod Crvena Zastava in Serbia so either way they are very similar. The body rides on a custom tubular chassis reducing the overall weight to under 600 kg (1,322 lb). The engine is a 1.0 L inline-four from a BMW S1000RR motorcycle that makes 200 horsepower at 14,000 rpm and 83 lb-ft (112 Nm) of torque at 9,750 rpm. Power goes to the wheels via a chain from the S1000RR six-speed transmission. The power-to-weight and gearing gives the car a top speed of 240 km/h or 149 mph. 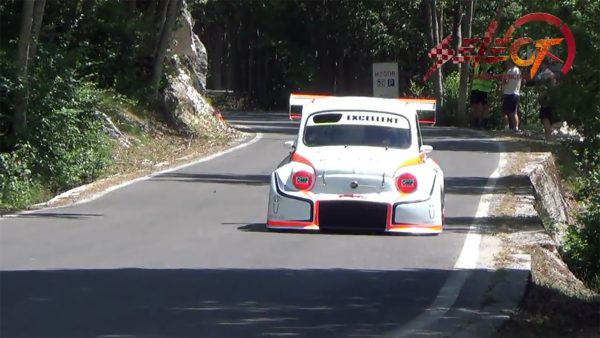 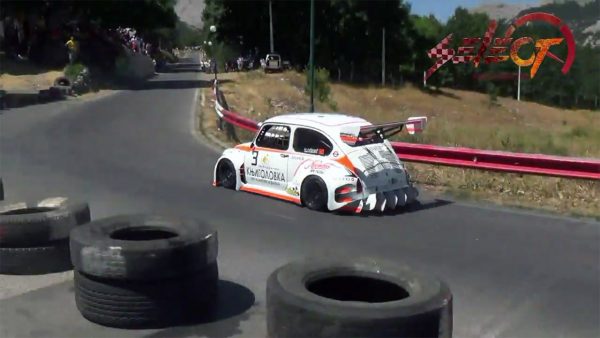