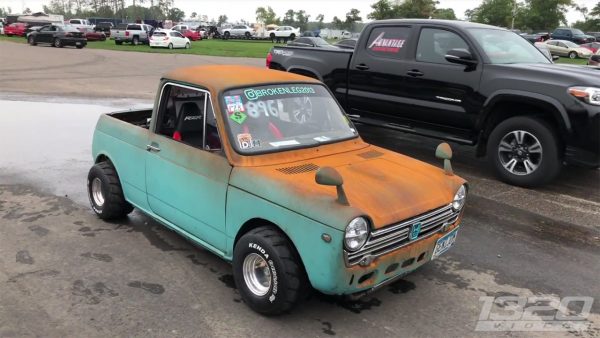 This 1971 Honda N600 was built by @brokenleg2013. The body came from a previous owner already chopped and converted into a truck. He built and installed a custom tube chassis with a 4-link rear suspension. In the back sits a 999 cc inline-four from a 2013 Suzuki GSX-R1000 that makes an estimated 200 horsepower. Which is plenty of power for a car that only weighs 1,000 lb. Power goes to the small 8-inch wheels through a six-speed transmission controlled with hand clutch/shifter to a limited-slip rear end. The owner plans on installing a turbocharger. Listen as the owner explains the car below and then watch it race at 11:00 and smoke the tires at 13:22. 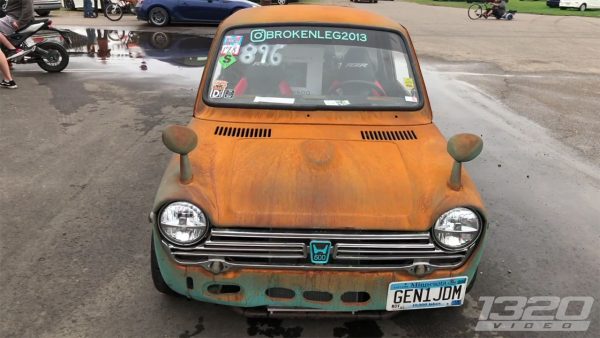 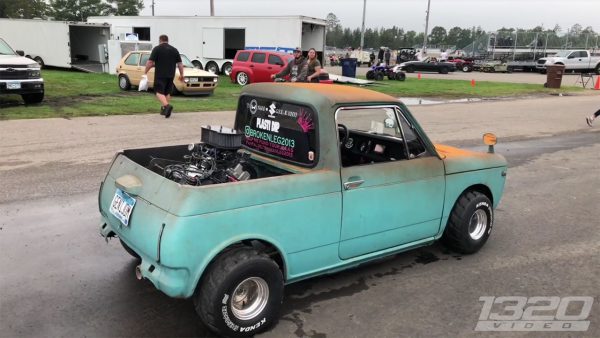 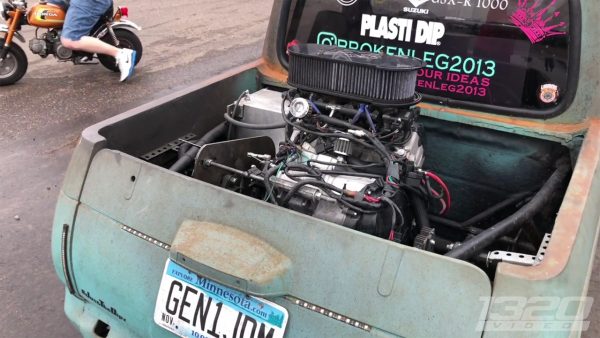 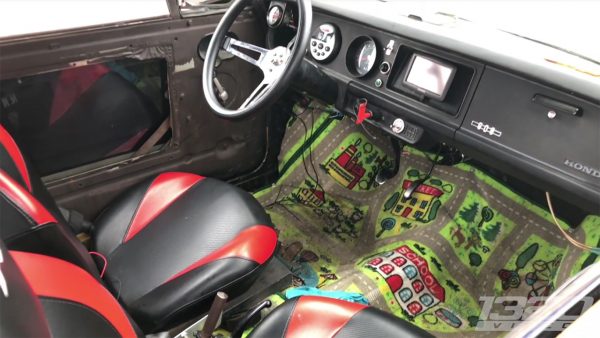 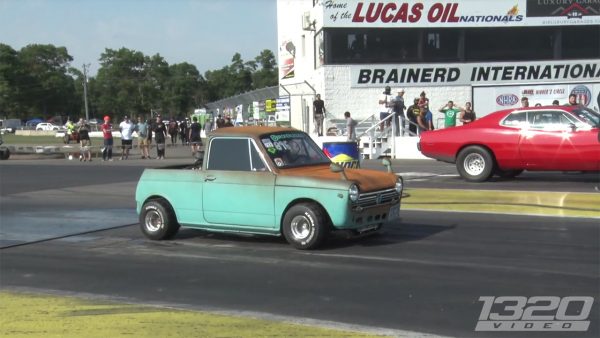 3 thoughts on “RWD Honda N600 with a Suzuki Motorcycle Engine”