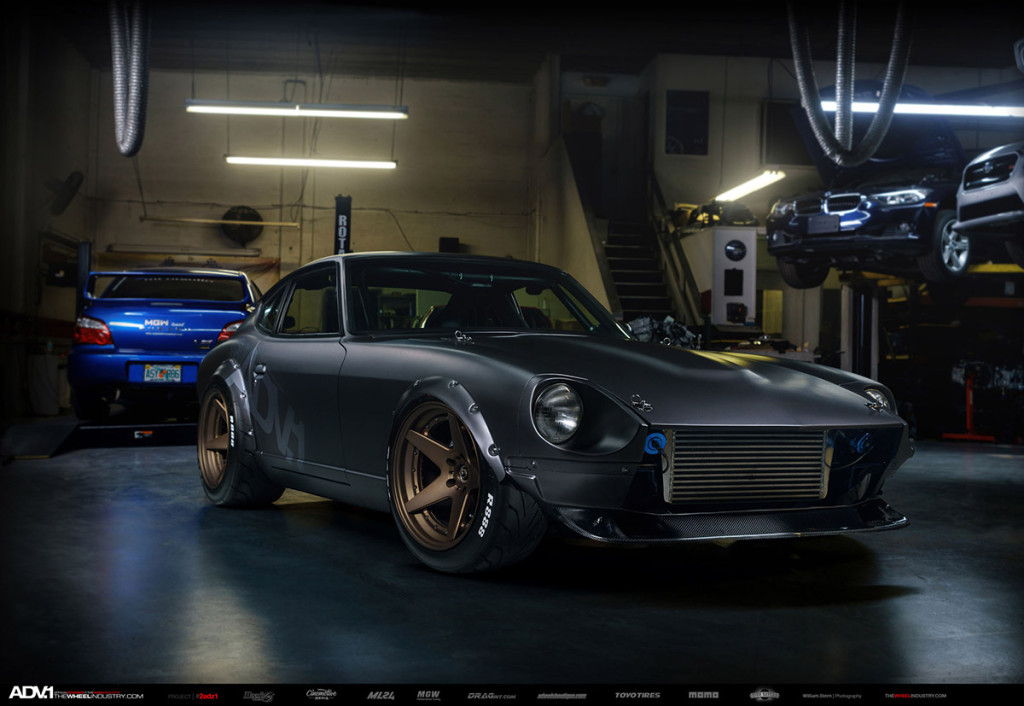 ADV.1 Wheels recently unveiled their Project 2ADZ.1 at Festivals of Speed in Miami. The project involved taking a 1978 Datsun 280Z with a 3.4 L 2JZ-GTE and turning it from a quarter-mile monster into a street monster. 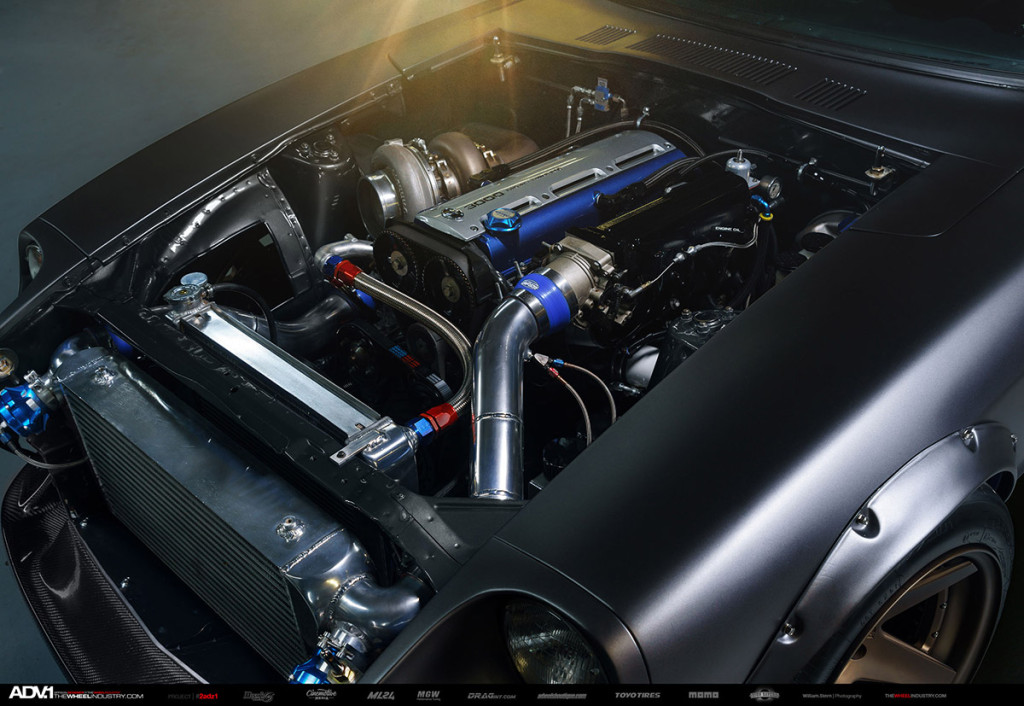 The swap was originally preformed by JDV323 (Youtube channel name) and using a C4 automatic transmission with the boost at maximum ran a 8.8 sec @ 162 mph (video embedded below). The engine can produce upwards of 1,000+ horsepower but has been de-tuned to 800 horsepower and 580 lb-ft of torque for street use. 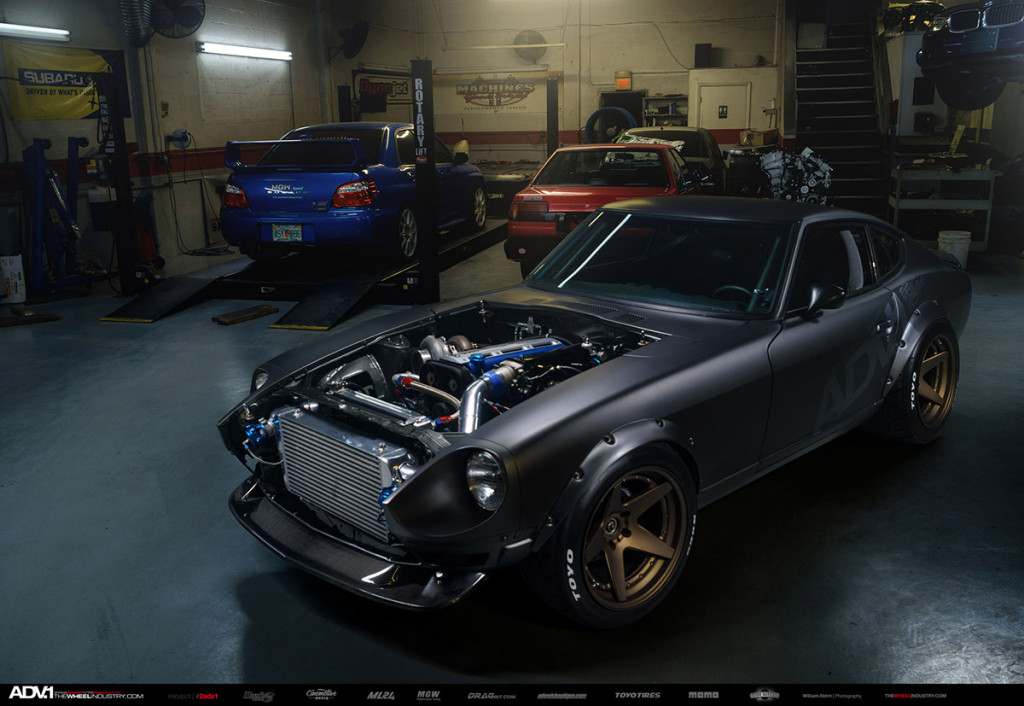 The engine’s displacement was increased by the previous owner to 3.4 L on a balanced and blueprinted block. The engine build included Carrillo pistons, Brian Crower rods and cams, port and polished head, and a Garrett GT42GTX turbocharger. 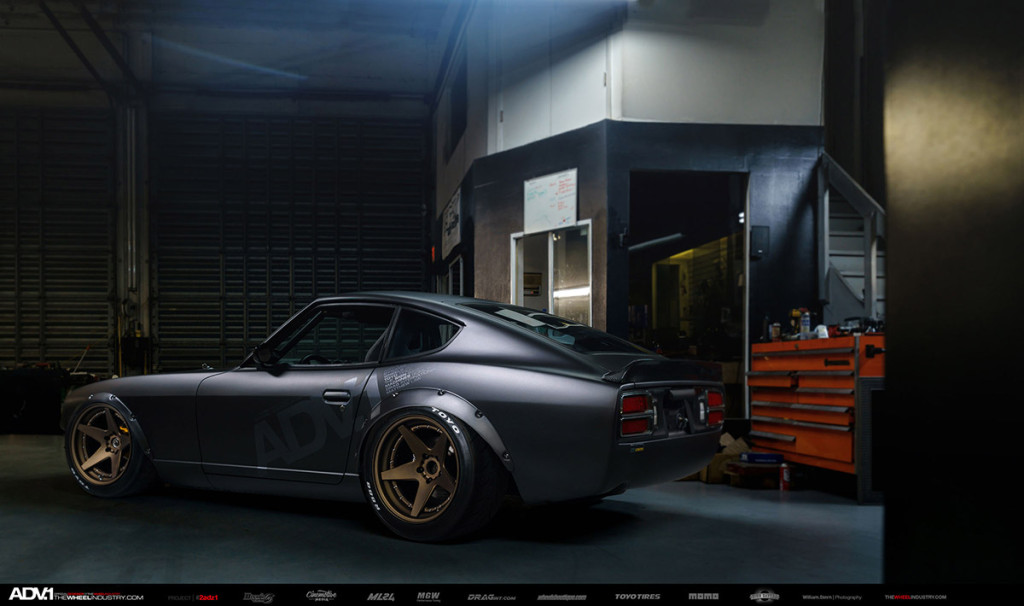 ADV.1 includes more stats of the build including a very large gallery with 168 photos of the car before and after the transformation.