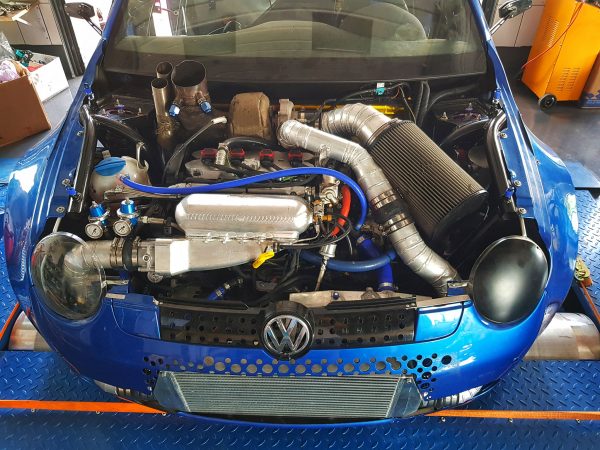 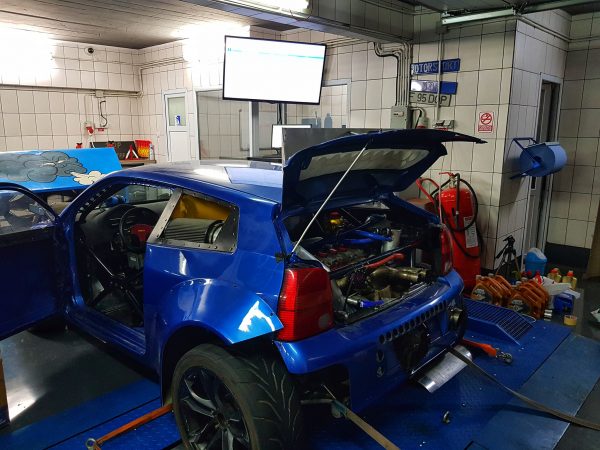 Shortly after the dyno session the team attended the VW Action event at Santa Pod Raceway in the UK. Unfortunately they had a hard time dialing the car in. Their best time was a 9.22 sec at 161.4 mph with the boost turned down.