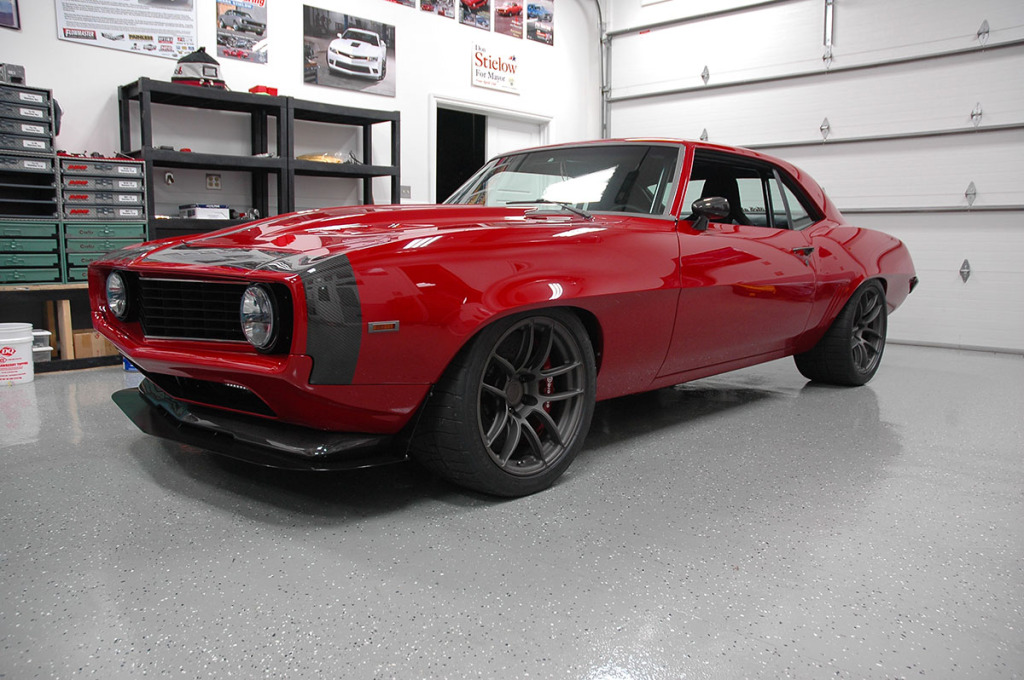 Mark Stielow is famous for building very powerful and race capable classic Camaros. Mark recently finished his next build called Hellfire. The goal of this 1969 Camaro was to focus on weight distribution. A previous build (Mayhem) had too much weight over the front wheels making it difficult to control. So Mark shaved 120 pounds off Hellfire by using a carbon fiber front clip. The powerplant in this Camaro might be one of most dependable mega horsepower motors out there. The engine was built by Lingenfelter and Thompson Automotive Racing Engines. It features a LS7 block with CNC ported LS9 heads and supercharger. The blower has been upgraded and balanced to produce 15 psi of boost which helps the engine produce 953 horsepower and 970 ft-lbs of torque. But all that power is worthless in a race if it overheats before the finish line. So Mark focused on greatly improving the cooling system. He was able to complete a 20 minute run without any overheating issues. It’s amazing how far automotive engineering has come to allow a classic Camaro, with half the body in composite, to race on the weekends and daily drive during the week with almost 1,000 horsepower. 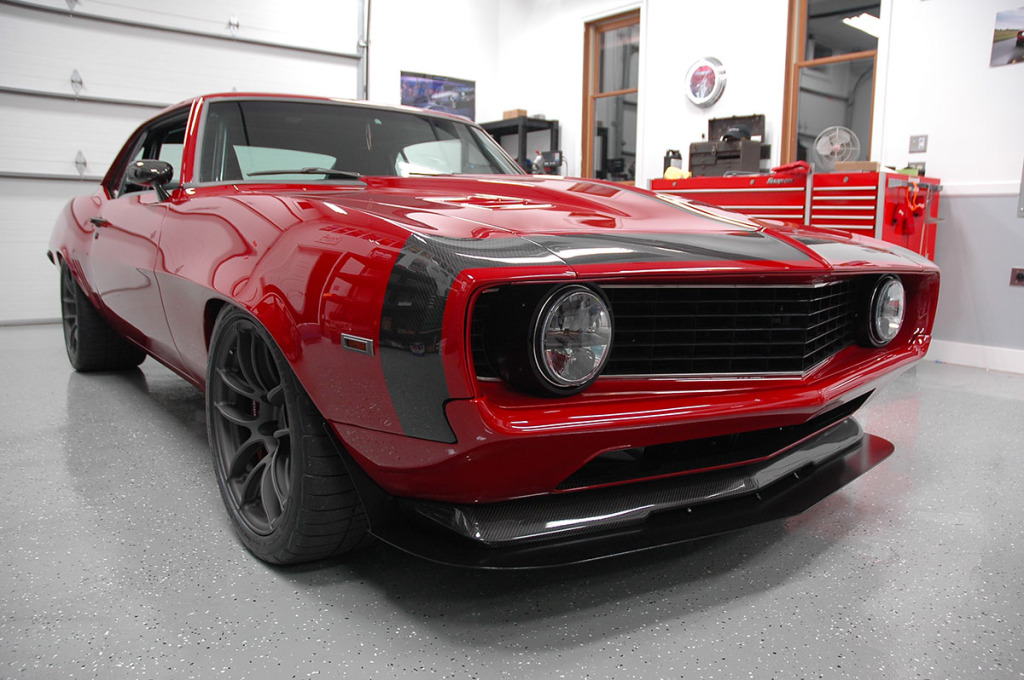 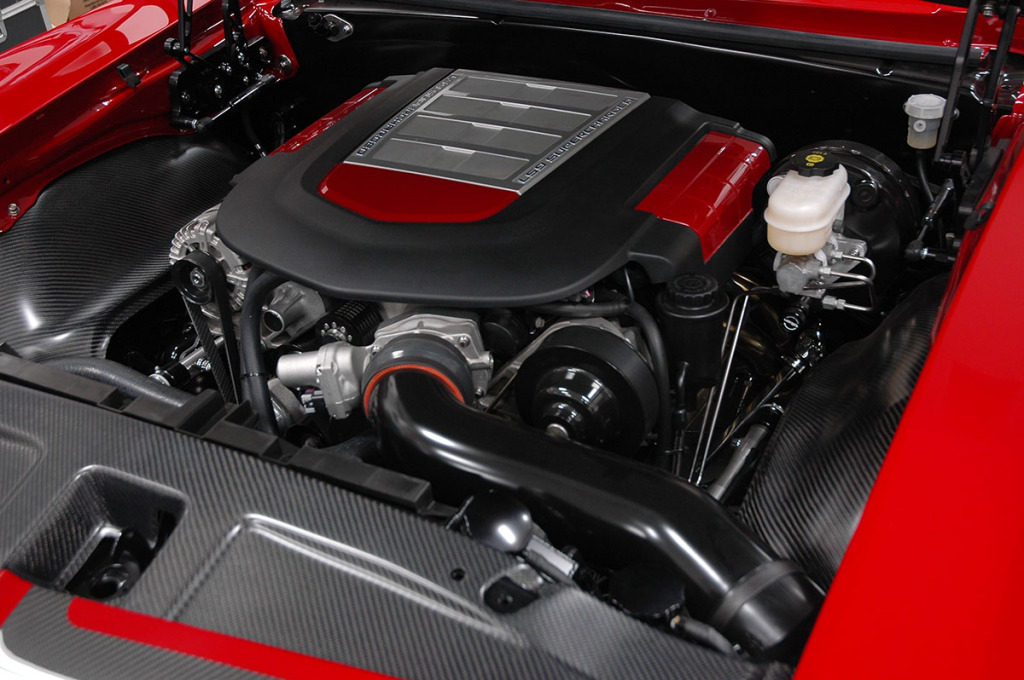 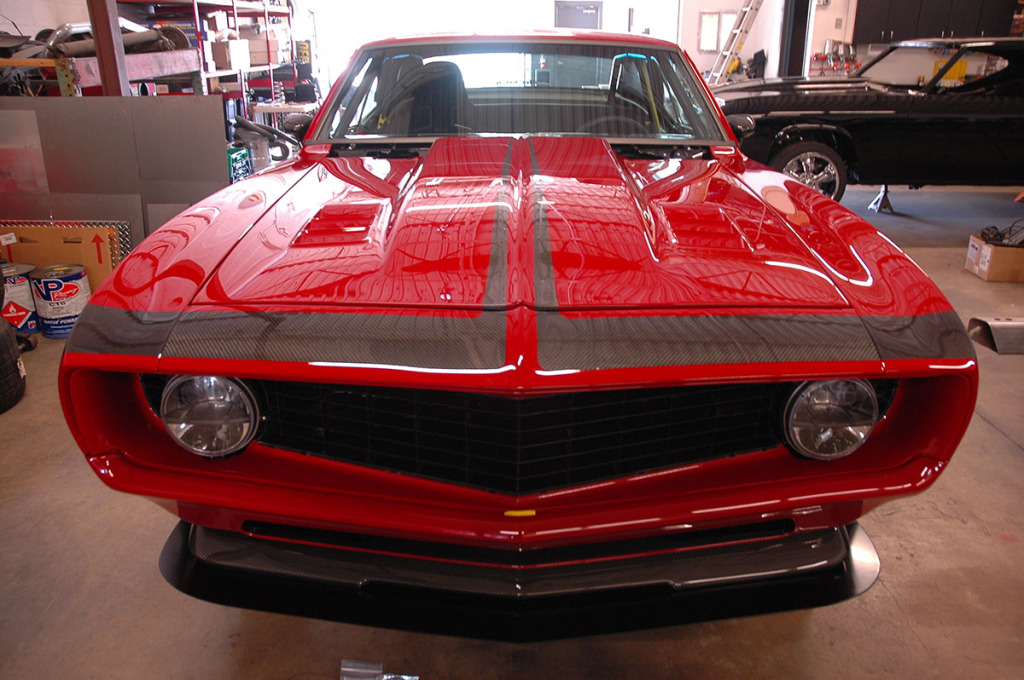 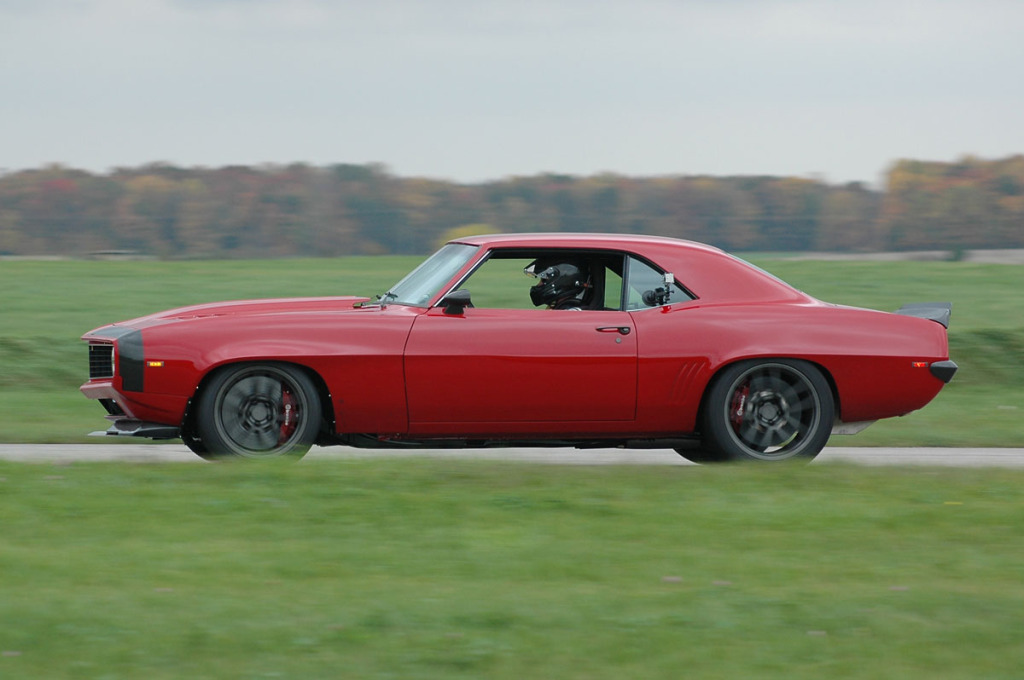