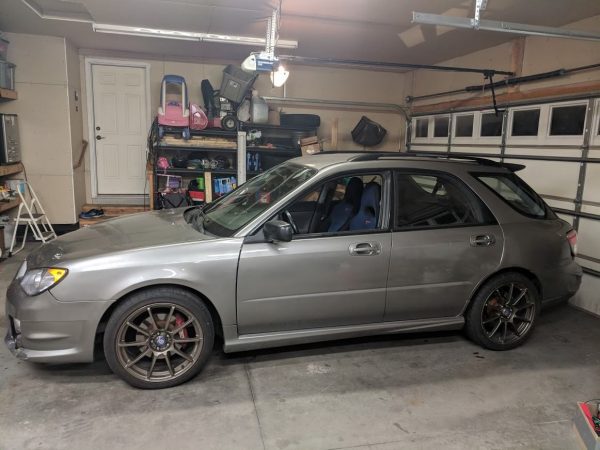 Evan Richardson from EazyOnCars spent the last two years transforming his 2006 Subaru Impreza 2.5i. One of the biggest changes is a complete powertrain swap. The engine bay now holds a twin-turbo 3.3 L Subaru EG33 flat-six capable of 400+ horsepower on 11 psi of boost and E85 fuel. Evan rebuilt the motor with factory internals, polished crankshaft, Cometic head gaskets, 740 cc injectors, and Megasquirt 3 ECU. The front bumper covers two intercoolers and two Garrett T25 turbochargers from a 2G DSM. Power is sent to all four wheels through a 2006 Subaru WRX transmission with a ZF Design 6 puck clutch and 2006 WRX rear differential. You can view more photos and details of the project in the build thread or watch the build series here. 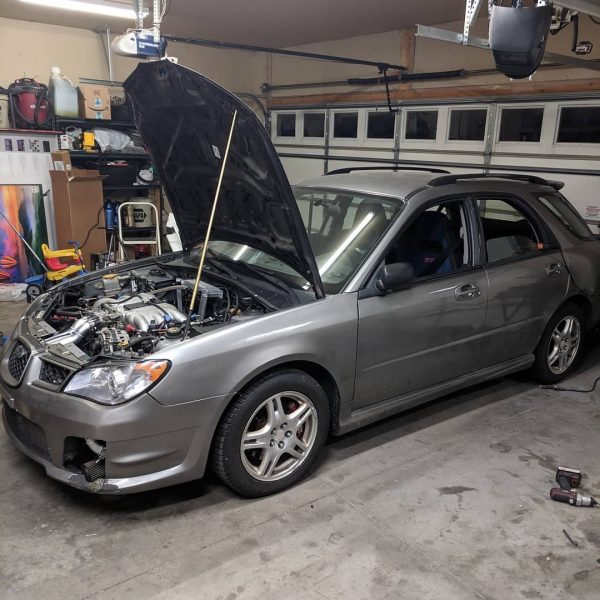 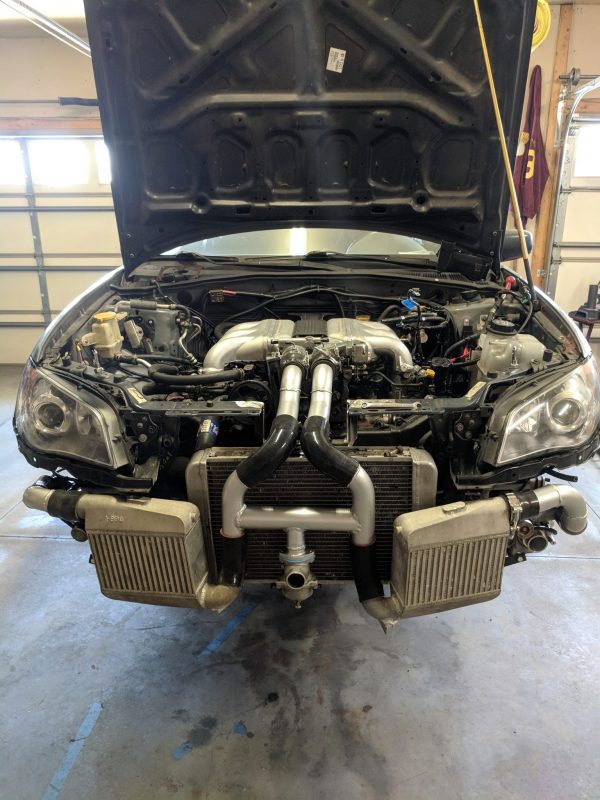 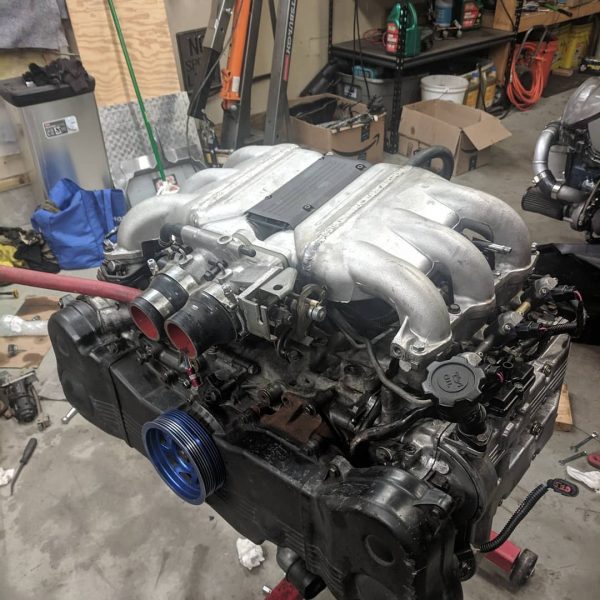 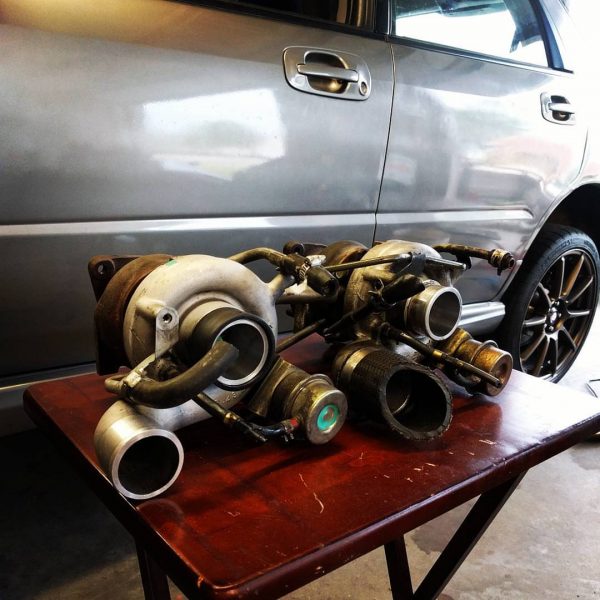 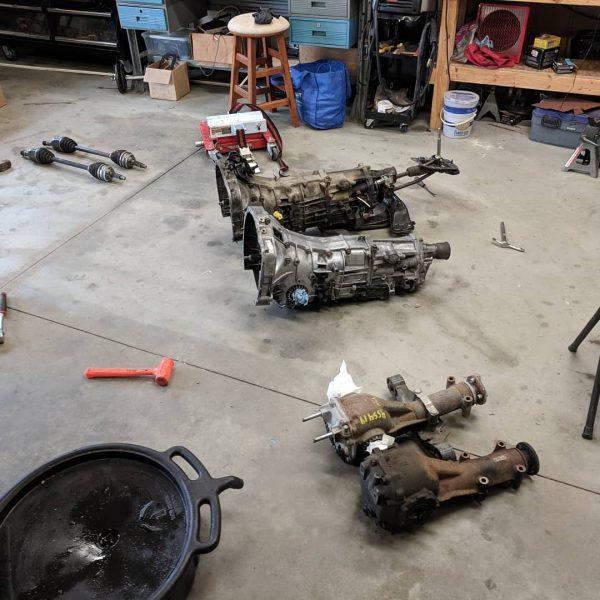