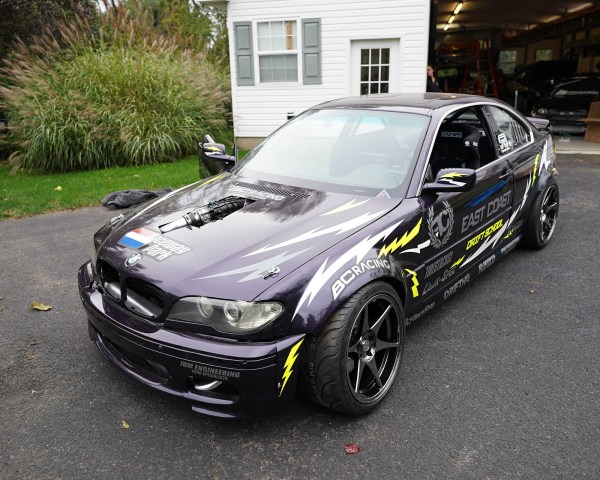 Chris Napp built his BMW E46 called “Freakoboost” to compete in Klutch Kickers money races and Pro Am drift series like US Drift and East10Drift. 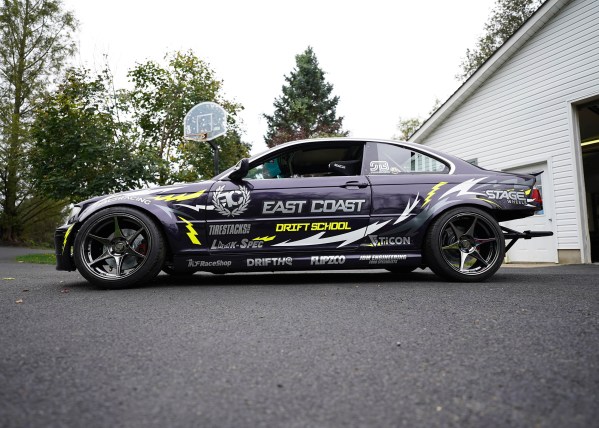 Chris originally planned to build a Nissan S13 with a 4.0 L Jaguar V8. A family friend who worked with Ford Engineers couldn’t help procure a V8 but they did help with a twin-turbo Ecoboost V6 crate motor. Unfortunately life got in the way and the project was put on hold for several years. After a family friend sold him an E46 coupe, Chris remembered the Ecoboost was rear-sump motor and so was the E46. 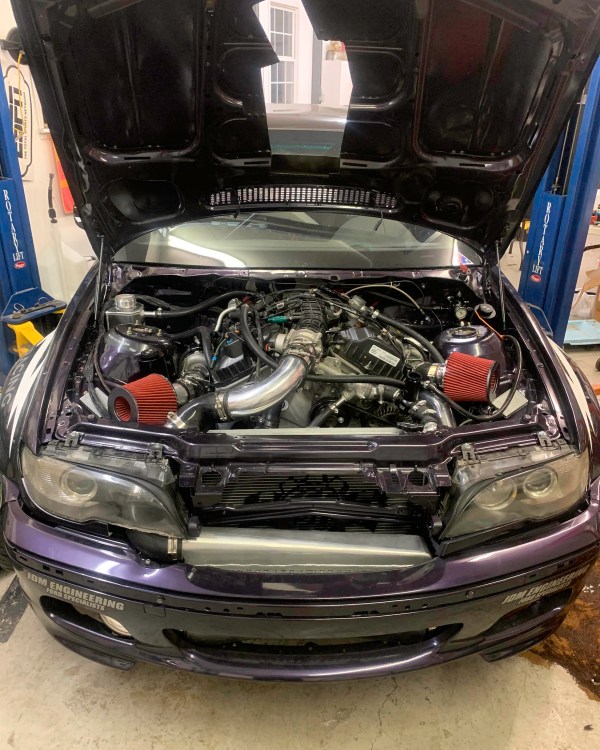 Chris spent two years solving how to get the twin-turbo 3.5 L Ecoboost running in the E46. It involved a lot of work and custom mounts, wiring harness, downpipes, and exhaust. The V6 is making 480 horsepower and 525 lb-ft of torque on factory turbochargers and ECU. 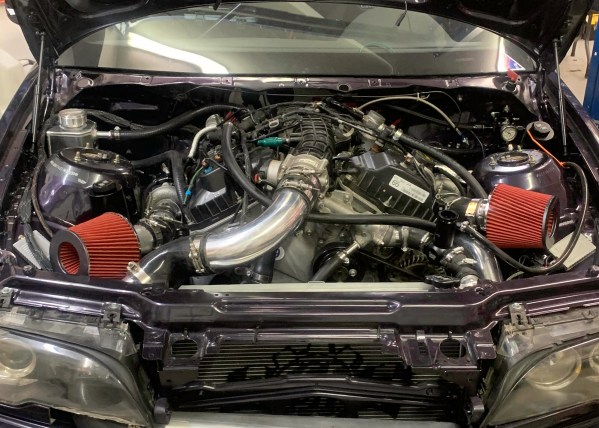 The twin-turbo V6 mates to a T56 six-speed manual transmission with a Quicktime bellhousing. The transmission features a Tilton 6000 series throw-out bearing, T56 26-spline clutch, and 2002-2004 Mustang Cobra flywheel and pressure plate. A custom driveshaft sends power to a stock M3 rear diff that will eventually give way to a quick change rear end. 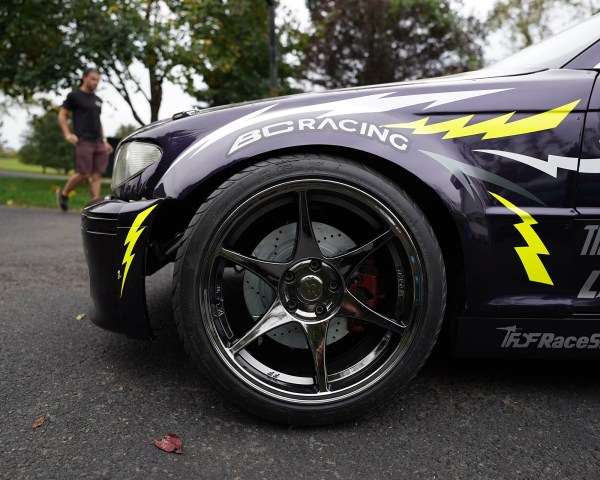