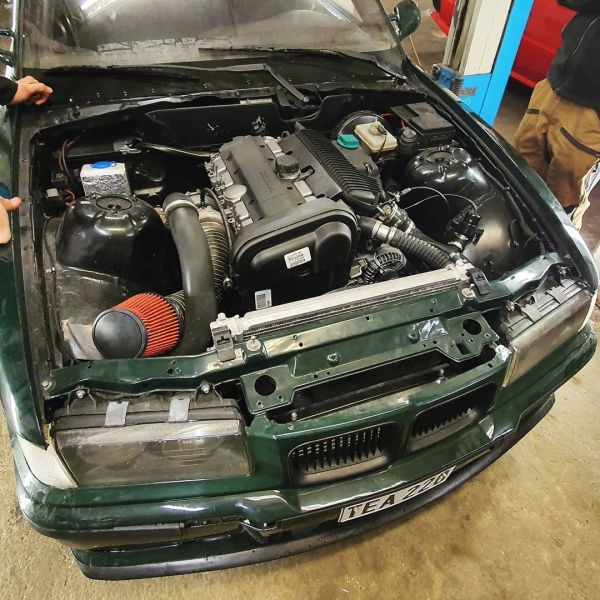 Dyno Channel and Engdahl Motorsport purchased a BMW E36 without an engine. They originally wanted to install a twin-turbo N54 inline-six however they were offered a deal on a naturally aspirated 2.4 L Volvo B5244S4 inline-five that they could not refuse. They installed the inline-five with a set of custom mounts and added a Garrett TA34 turbocharger, ported S60R manifold, and VEMS ECU. Their goal is to make around 400 horsepower. The drivetrain features a ZF manual transmission from a BMW 330 diesel and BMW E34 210 mm differential.