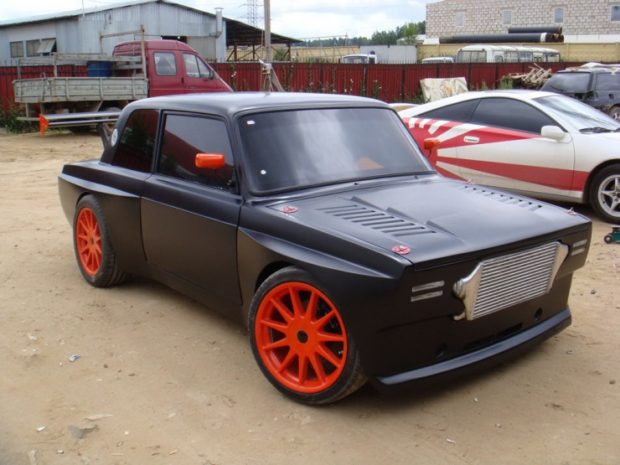 This Lada might have been powered by a small inline-four engine when it rolled out of the factory but now is powered by a twin-turbo 2.5 L RB25 inline-six. Besides the powerful engine upgrade the car also has an intercooler that is placed so high it resembles a grill, Lambo doors, heads up display, roll cage, and even flip switches. We could not find any numbers on this specific setup but we should expect at least 500 horsepower and could be up to 1,000 if setup properly.

Update: We incorrectly listed the engine as a RB26 instead of a RB25. 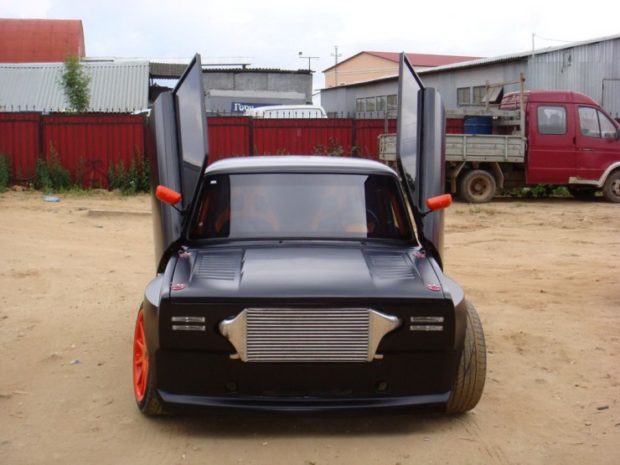 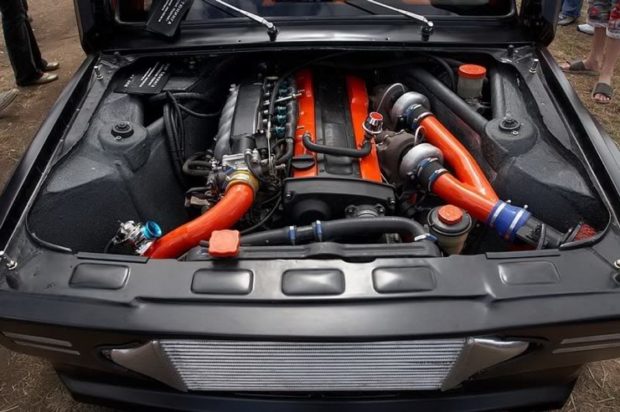 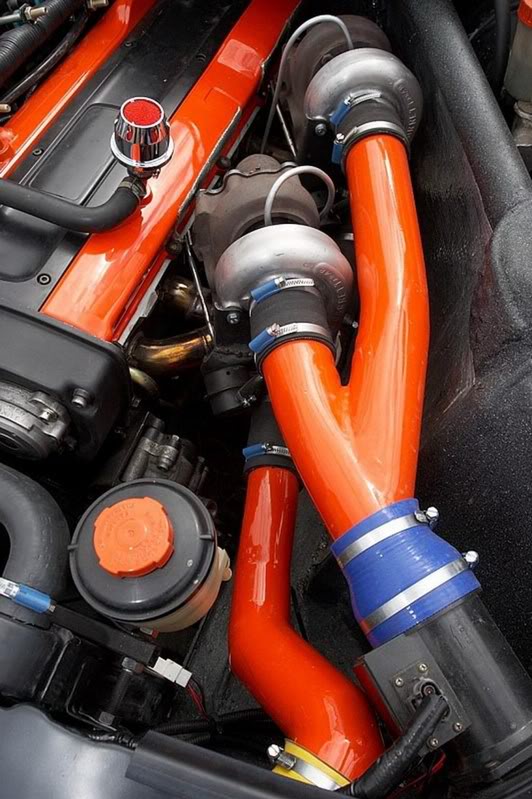 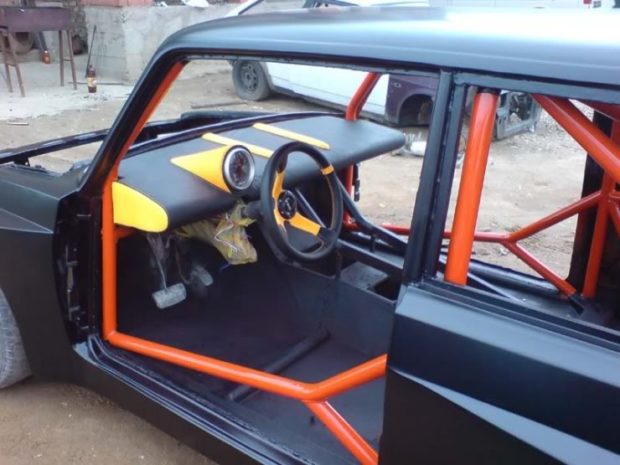 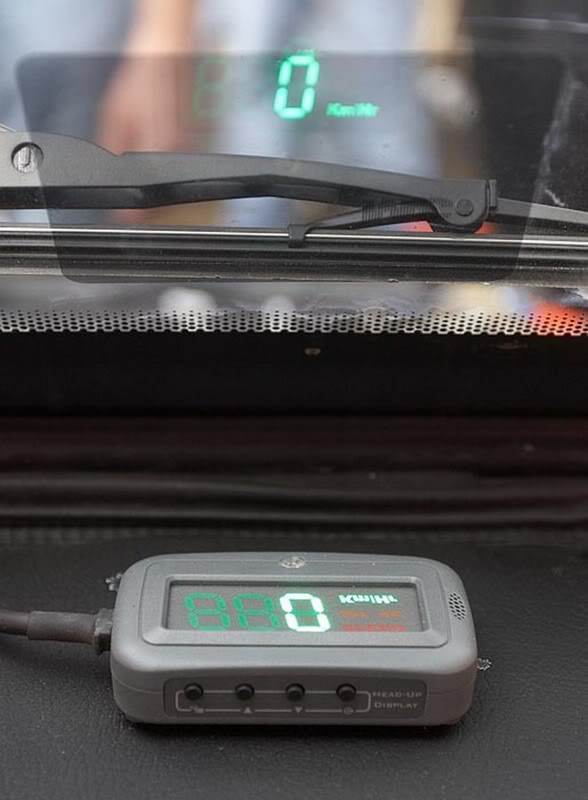 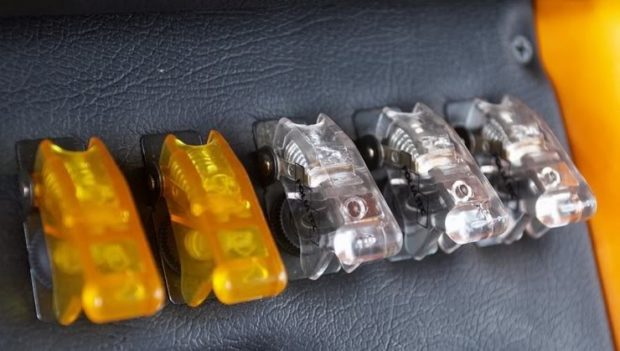