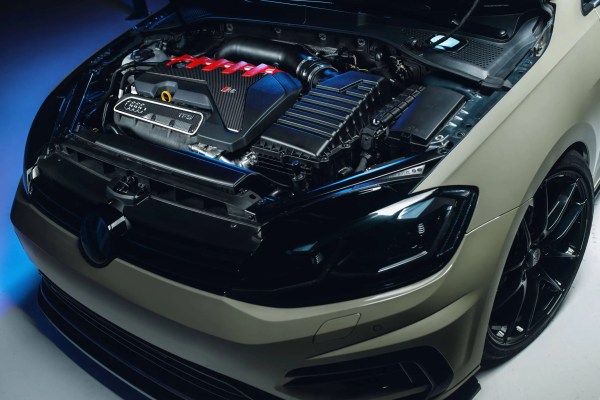 This Golf R Mk7 is owned by AKA Performance in Ridderkerk, Netherlands. It originally came with a turbocharged 2.0 L EA888 inline-four making around 300 hp and 280 lb-ft of torque. However that wasn’t enough for AKA Performance. So they sent the Golf to SAR-Turbotechnik in Paderborn, Germany to replace the inline-four with a turbocharged 2.5 L TFSI (DAZA) inline-five taken from an Audi RS3. The motor features a TTE/MTR700 turbocharger, custom exhaust, and pairs with a DQ500 DSG seven-speed transmission. The motor is tuned by MTR-Performance in Spelle, Germany. They did not release dyno results but AKA Performance states 8xx hp and 9xx Nm (663+ lb-ft) of torque on their website. Other modifications on the Golf include a rear RS3 subframe and Khaki Green vinyl wrap. 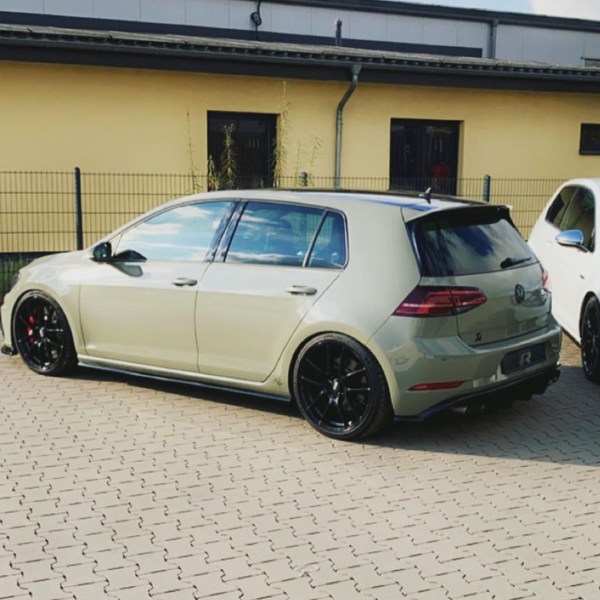 Below is SAR-Turbotechnik’s four-part build playlist on the Golf R project.