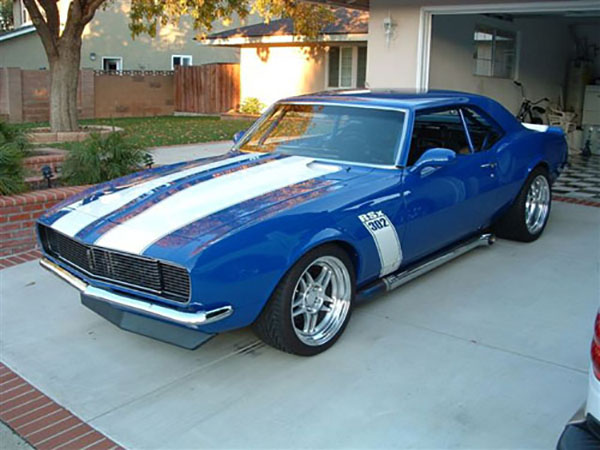 This 1968 Camaro no longer has a Chevy engine but instead runs a Ford 302 V8. The owner was originally going to install the engine into a Mustang. But he sold the Mustang and had too much work in the engine to sell it as well. So the engine was used on the Camaro. The owner made sure he would have plenty of power using Incon’s 800tti Turbo System which puts out about 640 horsepower to the wheels at 15 psi boost. Other mods are a G-Force T-56 rated at 1200 hp, 3″ mini tub install, QA1 adjustable shocks, Wilwood vented brakes, side exhaust, 10 point roll cage, and some big Fikse 18 x 10 front / 18 x 12.5 rear wheels. Read more on this project at Hot Rod. 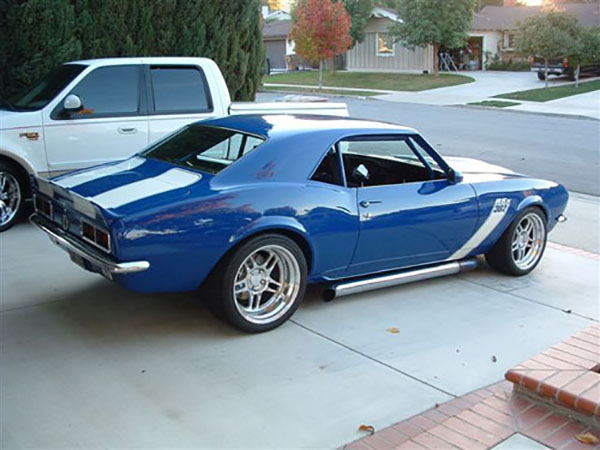 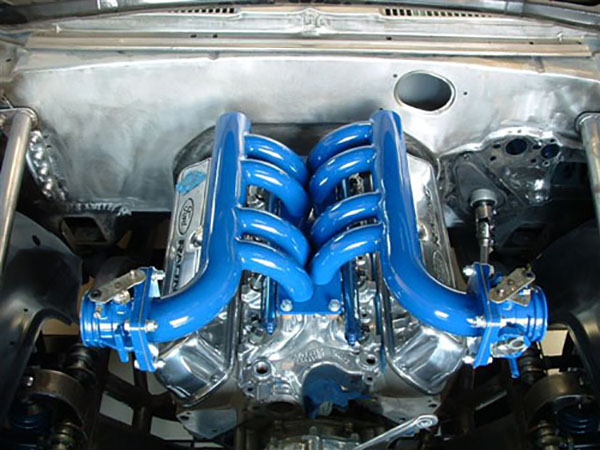 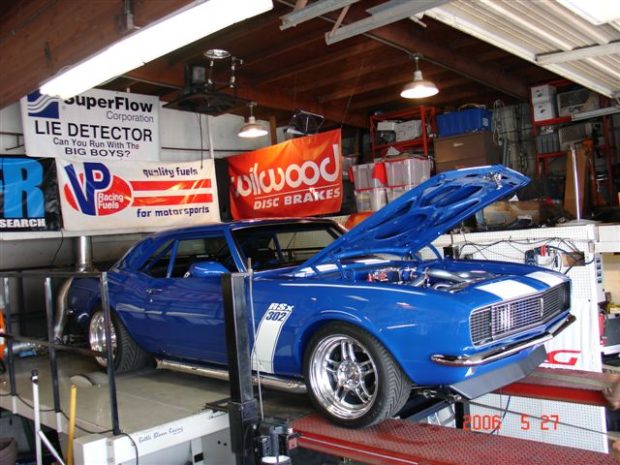