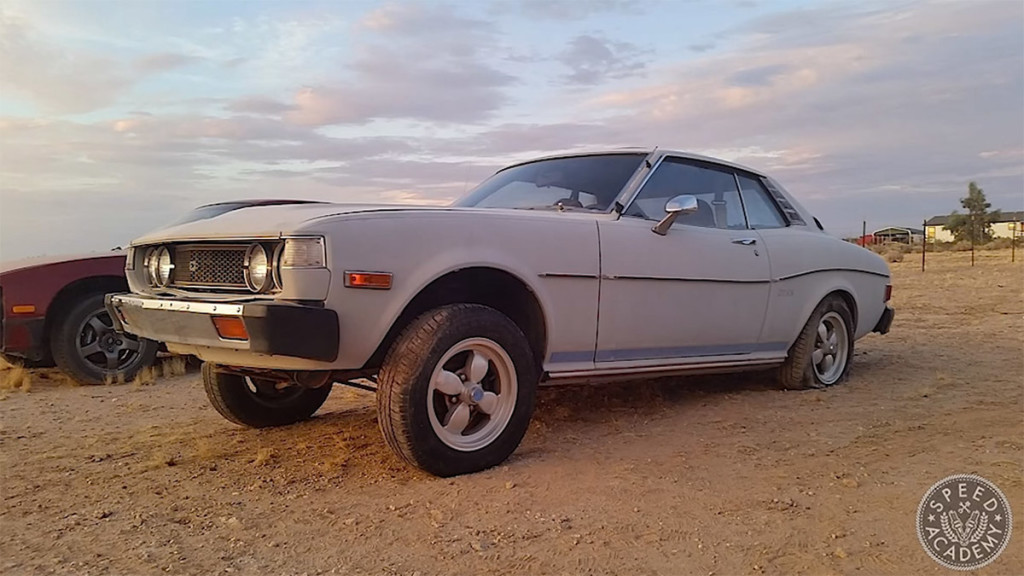 Dave from Speed Academy recently purchased a 1977 Toyota Celica GT for a personal project. The car originally came with a 2.2 L 20R inline-four that produced around 96 horsepower. That will soon be replaced by a 2.0 L Toyota 3S-GE Gen 5 BEAMS Black Top which produces around 209 horsepower from the factory. He was able to purchase the engine and factory six-speed transmission for $1,300. Dave plans on installing the engine using an AE86 crossmember along with some Xcessive Manufacturing mounting brackets that will allow the factory 3S-GE mounts to be used. Follow along as they guys have fun installing some modern power into this classic Toyota.