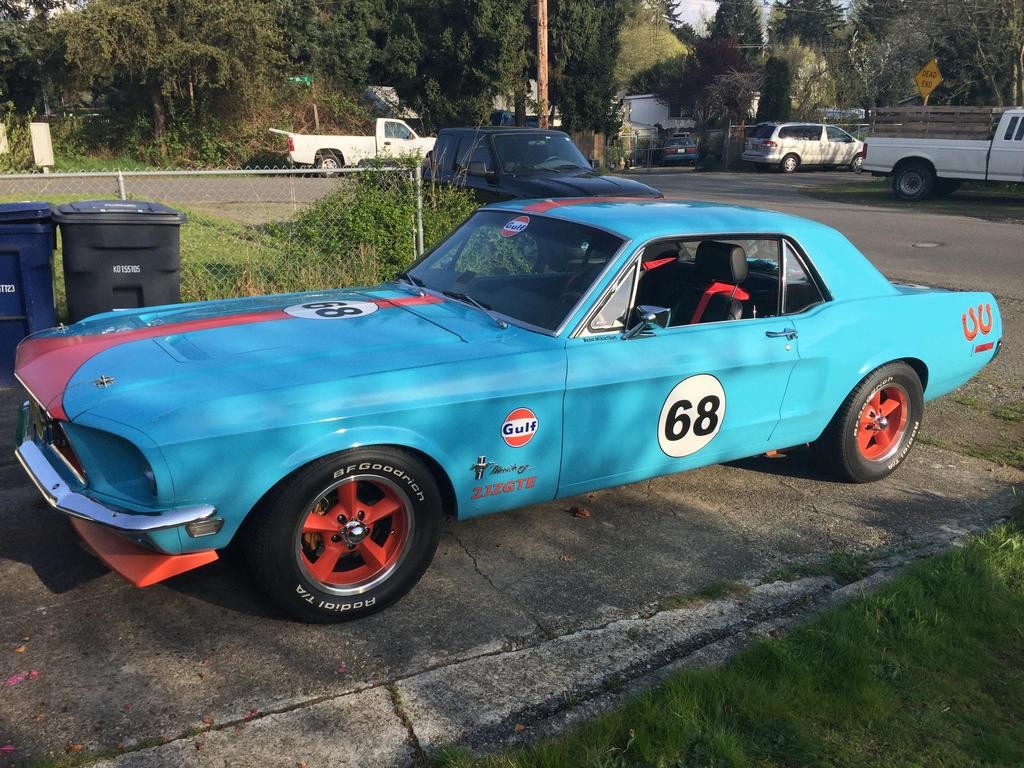 We first wrote about this Mustang when the the original 3.3 L Thriftpower inline-six was swapped to a Ford 2.3 L turbo inline-four. The owner wanted more power and decided the inline-four just couldn’t provide more and stay reliable. So the decision was made to use a 3.0 L 2JZ-GTE inline-six from a RHD Toyota Aristo front clip sourced from Japan. The 2JZ-GTE was converted to use a single Turbonetics turbo. Along with the engine change the Mustang was converted to an automatic transmission and the power steering was converted from hydraulic to electric using a Saturn Vue unit. It will take you a while to go through the 37 page build thread but it is well worth it. The 2JZ swap begins at page 33. 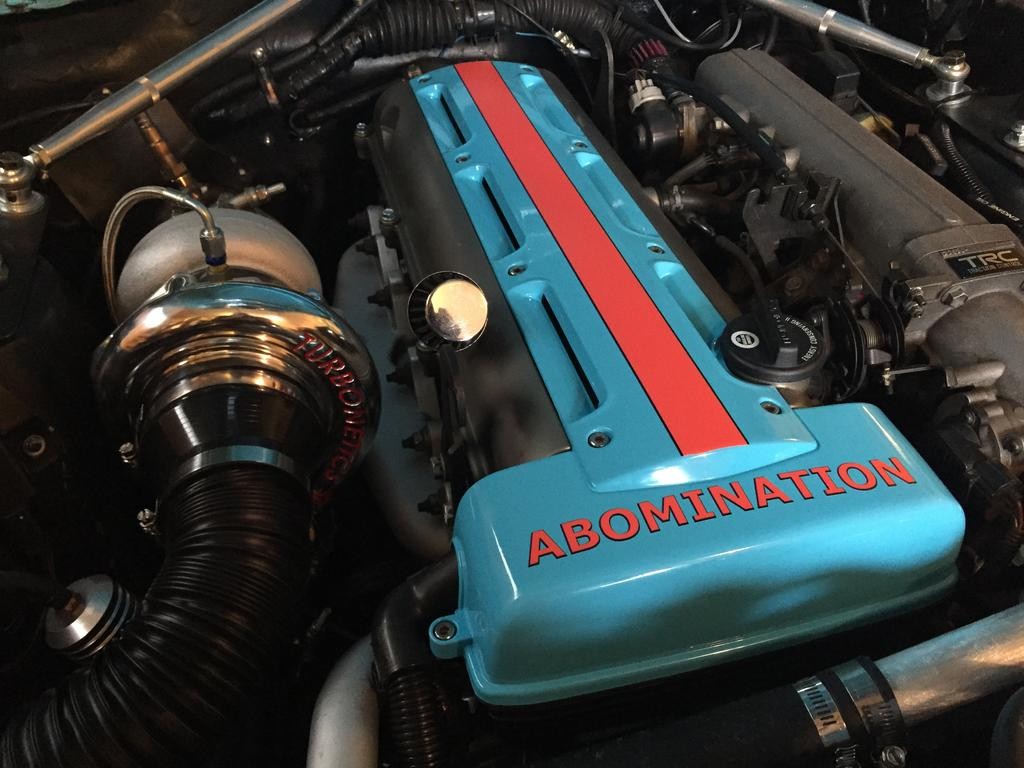 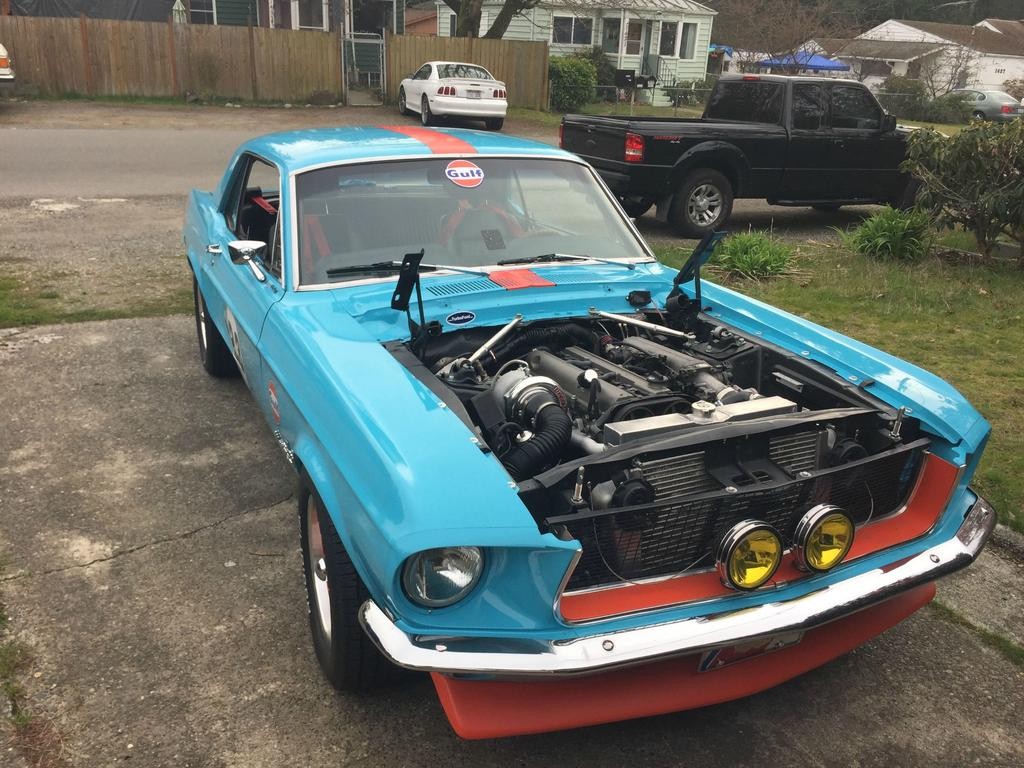 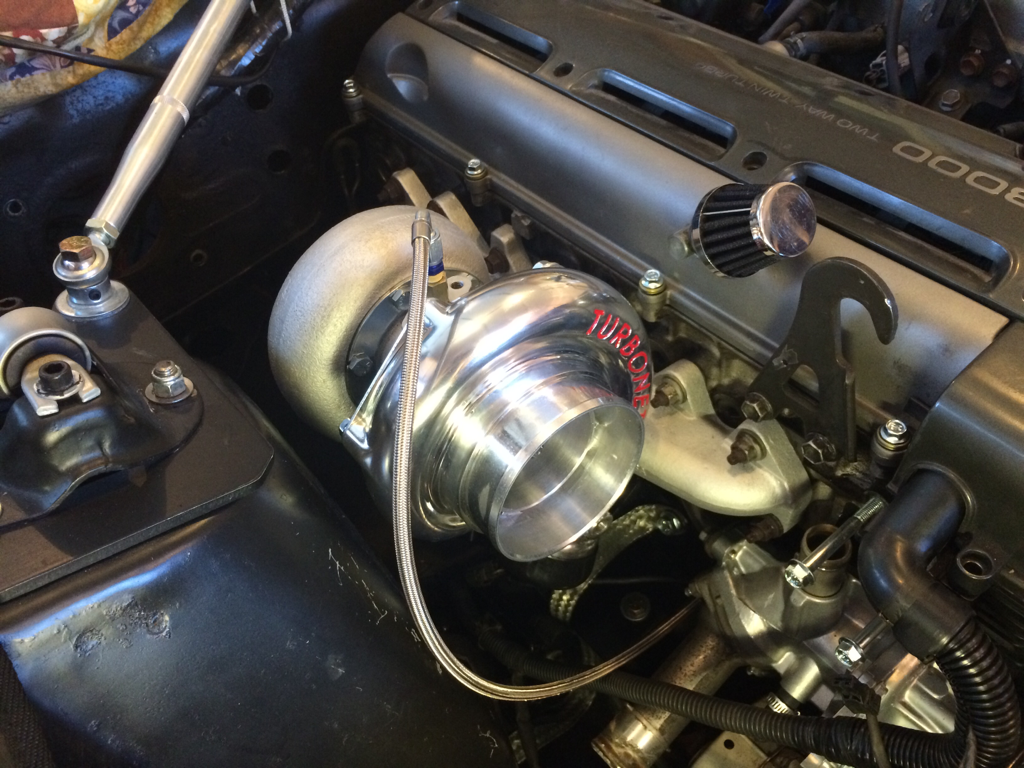 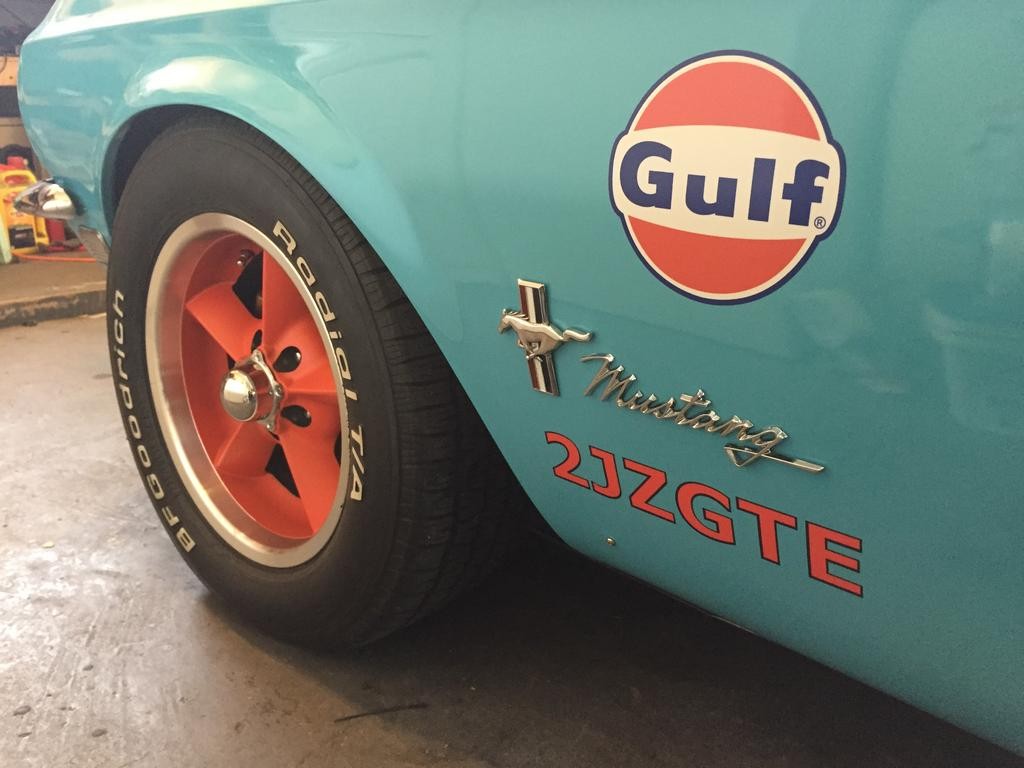 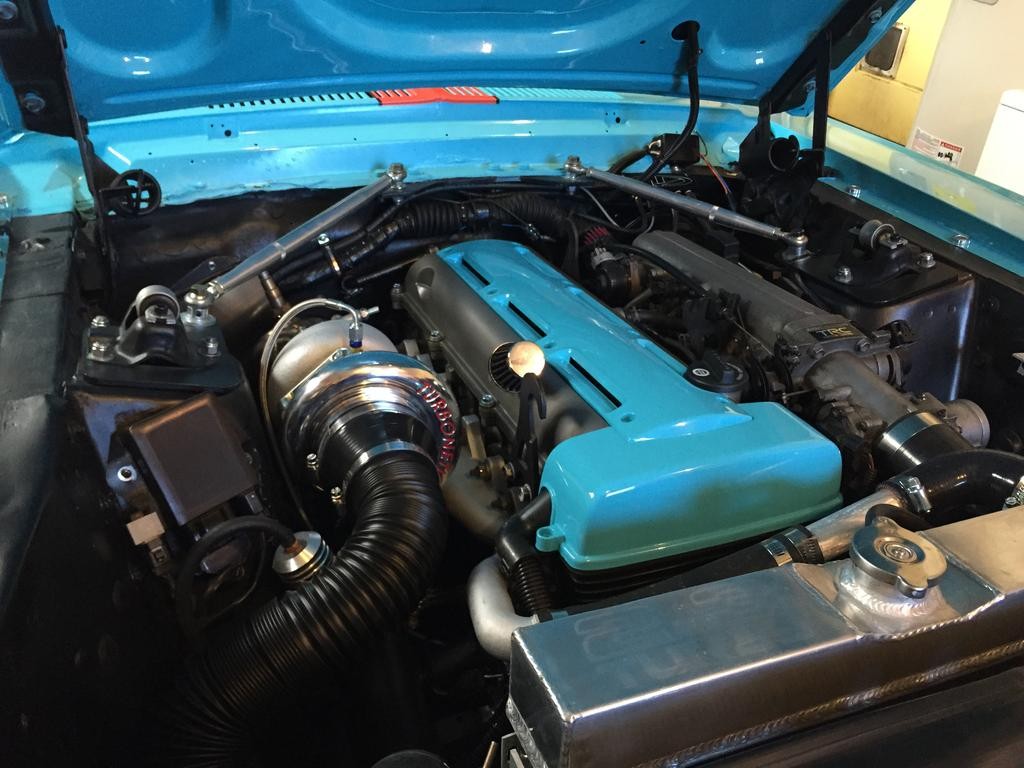