The guys at Turbo Dynamics are back testing their twin-engine race car at the track. They have set high-8 second passes before with the boost set at around 60-70%. In this video they set the boost to 75% and ran a 8.5 second pass after backing off toward the end of the track. Several cars broke down and spilled oil on that area. Their goal of a 7 second pass seems very realistic as they continue to turn the boost up.

For those who are not familiar with this project it started as a heavily modified Pontiac Grand Prix GTP powered by two 3.8 L L67 V6 engines. The factory superchargers were replaced with turbochargers and produced around 1,200-1,300 horsepower in total. The project turned out too crazy for the street so the builders decided to turn it into a drag/race car. 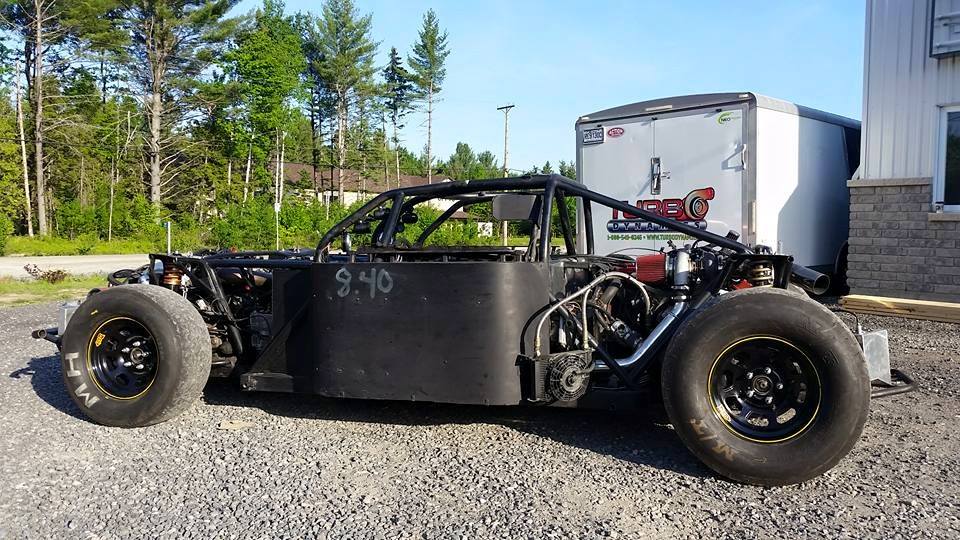