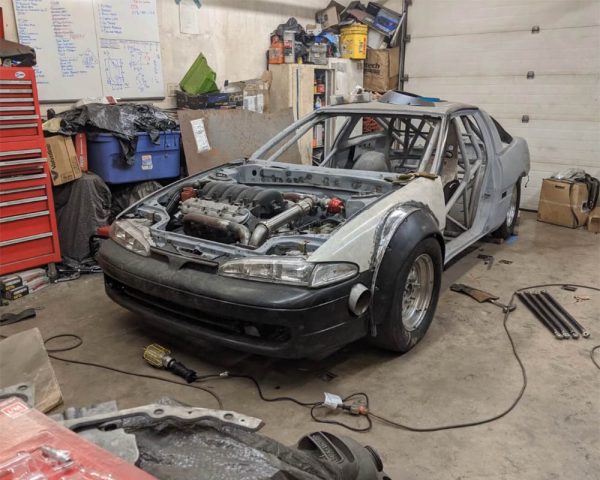 Calvin Nelson from Nivlac57 is building an Eagle Talon with a turbocharged LS4 V8. His goal is to build the quickest and fastest LSx-powered FWD vehicle around. Calvin will accomplish that using a 1992 Talon with a 7.50 sec certified roll cage powered by a LS4 V8 with a BorgWarner S475 turbocharger and 4T80E four-speed … END_OF_DOCUMENT_TOKEN_TO_BE_REPLACED 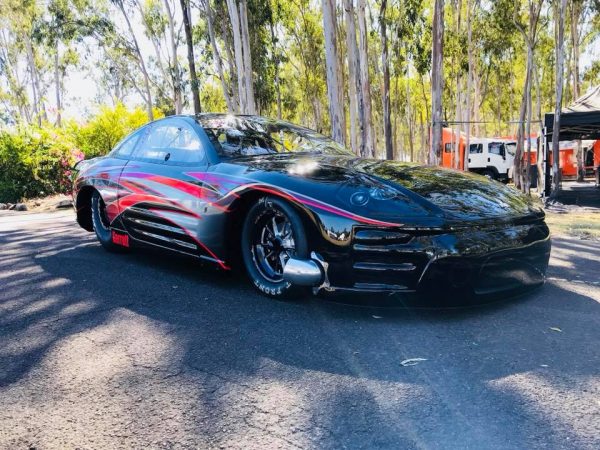 Collin Willshire and his team from Jett Racing in Australia compete in a pair of turbocharged 4G63 powered vehicles. Kelly Corbett pilots the Datsun 1200 truck with a single-turbo 2.2 L 4G63 inline-four. However it’s Collin’s Mitsubishi Eclipse that runs the meanest engine. His features a compound twin-turbo 2.2 L 4G63 inline-four capable of 2,000 … END_OF_DOCUMENT_TOKEN_TO_BE_REPLACED 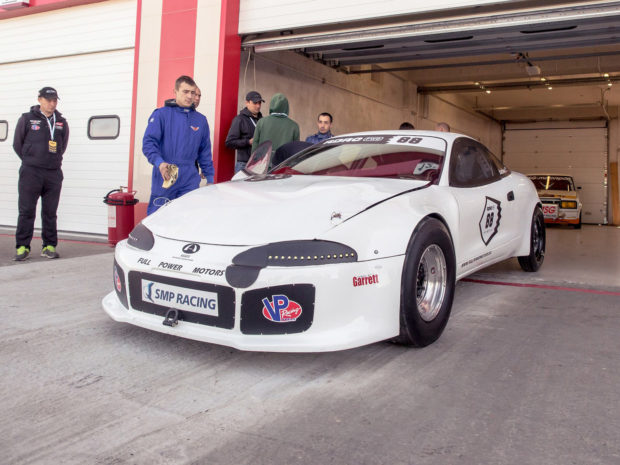 This second generation Mitsubishi Eclipse was built by Full Power Motors in Pushkino, Russia. Under the hood sits a built 3.0 L 2JZ-GTE inline-six in a transverse layout that powers only the front wheels. Engine upgrades include ported head, forged pistons and rods, aftermarket camshaft, and 1600 cc injectors. Running off a Garrett GTX4202 turbocharger … END_OF_DOCUMENT_TOKEN_TO_BE_REPLACED