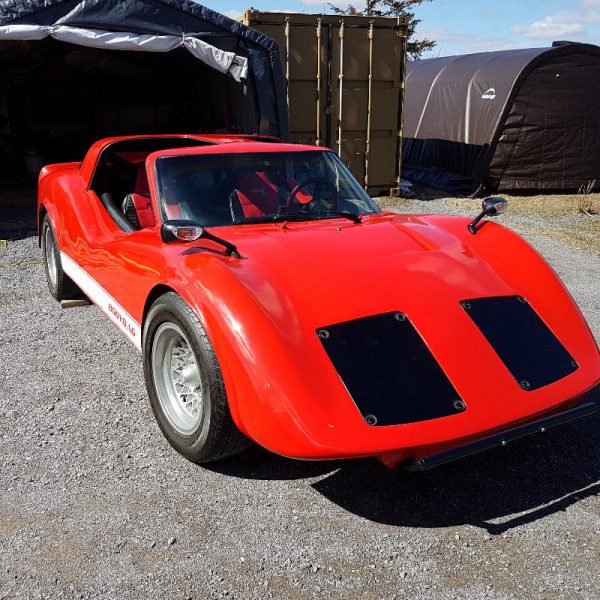 This 1969 Bradley GT is for sale in Tyendinaga, Ontario, Canada with an asking price of $9,000. Although owners could use whatever engine they wanted with their Bradley kit cars most were propelled by a Volkswagen air-cooled flat-four with a four-speed manual transmission. This model is powered by a 1,299 cc inline-four from a 1st … END_OF_DOCUMENT_TOKEN_TO_BE_REPLACED 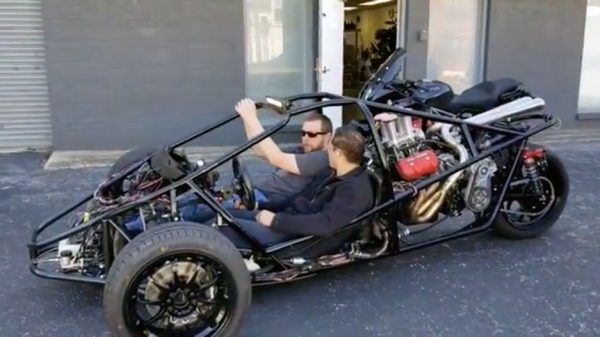 Fuller Moto in Atlanta, Georgia is building a special Campagna T-Rex. The T-Rex featured a variety of motorcycle engines during its production including a Suzuki GSX-R1100 inline-four, Kawasaki ZX-11, ZX-12R, and ZX-14 inline-four, Harley-Davidson V-twin, and BMW K1600 inline-six. This 1200 lb vehicle will still be powered by a motorcycle engine however it will be … END_OF_DOCUMENT_TOKEN_TO_BE_REPLACED

Marcel van Hooijdonk is CNC machine shop manager and an avid motorcyclist. So when a friend showed him the Kickboxer motorcycle concept by Ian McElroy he knew he had to build it. Marcel calls his creation the MMB Mad Boxer and it took six years to complete. The bike revolves around a turbocharged 2.5 L … END_OF_DOCUMENT_TOKEN_TO_BE_REPLACED 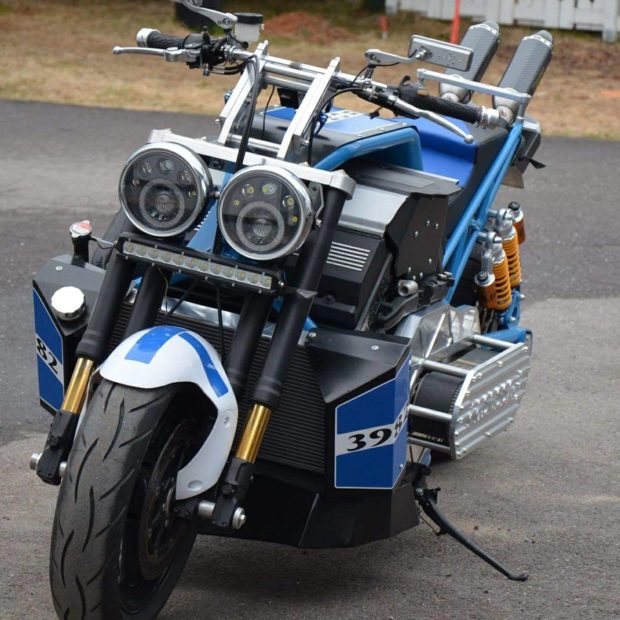 It’s been several months since our last update on ProBoost‘s custom BMW-powered motorcycle. Since then they completed the electrical work, dyno tune and test drive. The bikes consists of a custom frame and a twin-turbo 4.0 L BMW M60B40 V8. There is no word yet on power output. Enjoy the wild creation making noises below … END_OF_DOCUMENT_TOKEN_TO_BE_REPLACED 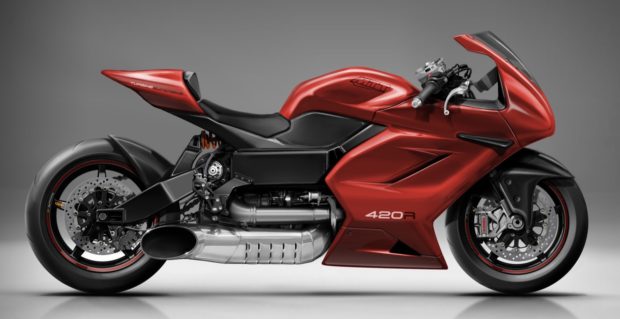 Marine Turbine Technologies is a company located in Franklin, Louisiana that specializes in turbine engines being used for industrial applications. Some of their products include water pumping for fire fighting or flood control and generators. However the company also makes a motorcycle called the “420RR” that’s powered by a Rolls Royce Allison 250-C20 series turbine. … END_OF_DOCUMENT_TOKEN_TO_BE_REPLACED 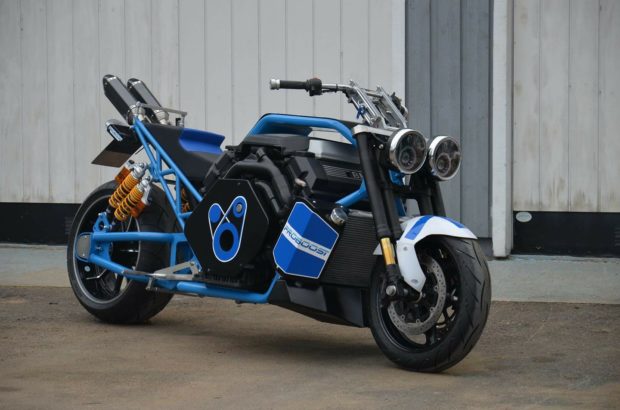 ProBoost is a company in Saarenkylä, Finland that specializes in turbo kits for motorcycles and snowmobiles. They also build custom motorcycles for drag racing or street use. Their newest creation is powered by a twin-turbo 4.0 L BMW M60B40 V8. It makes 282 horsepower and 295 lb-ft of torque naturally aspirated but should make 400-500 … END_OF_DOCUMENT_TOKEN_TO_BE_REPLACED